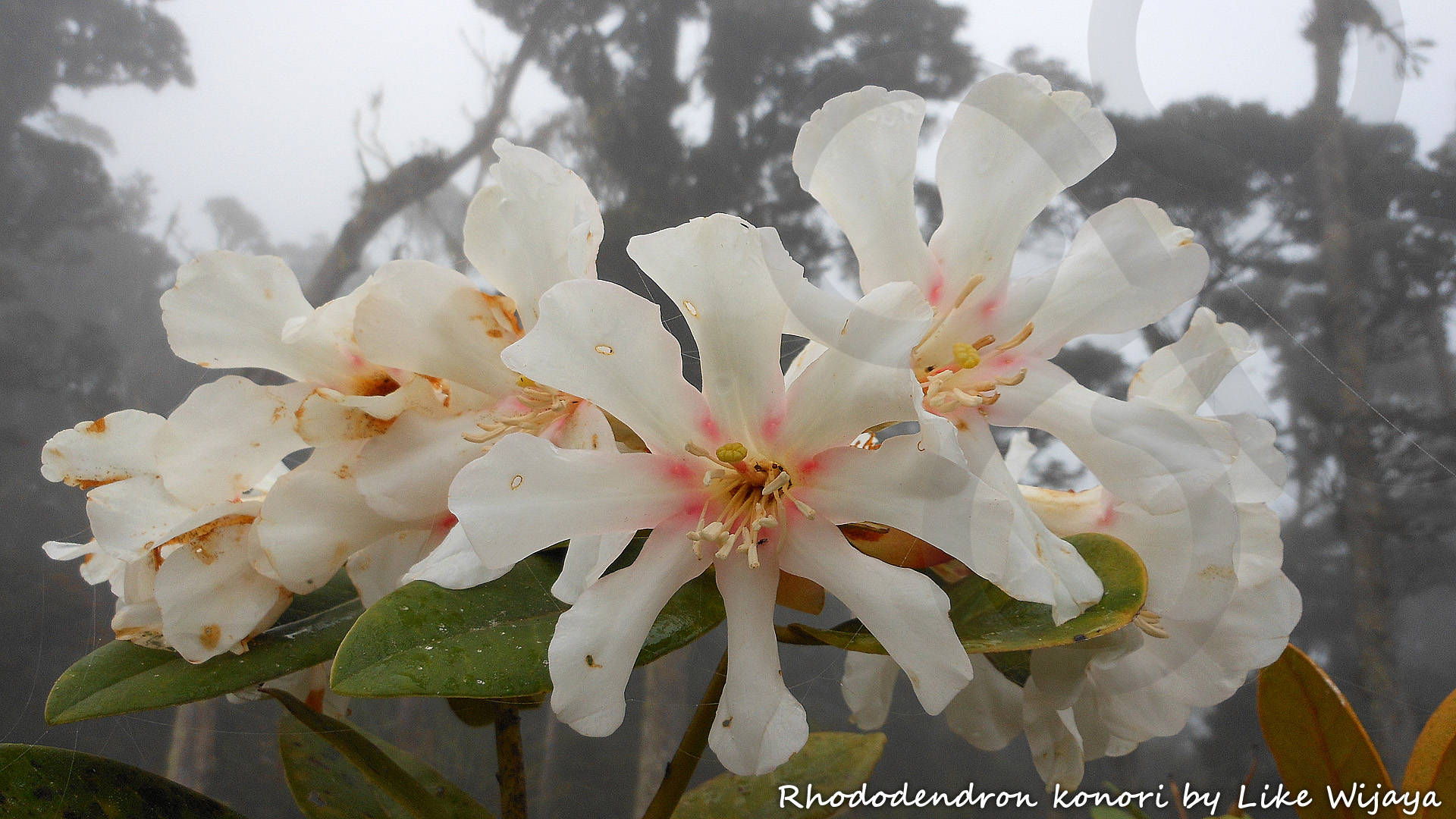 The shrub Rhododendron konori is a conspicuous feature of anthropogenic forest clearings above 1,600 m elevation in the Arfak Mountains on New Guinea's Bird's Head or Vogelkop Peninsula. Copyright © Like Wijaya

Please discuss all West Papua health issues touched upon below in depth with an experienced doctor at your nearest specialized travel advice center, so as to obtain personalized medical guidance tailored to suit your specific health situation. Please remember also that only first aid medical requisites are available while out in the field and that in the event of serious illness or injury, appropriate medical help must be summoned, and hence that treatment will be delayed until you can be transported to a proper medical care facility. We strongly insist that you conclude appropriate travel assistance insurance in your country of residence before setting out to West Papua.

Preparing an overseas trip always provides a welcome opportunity to verify whether your vaccinations for widespread diseases such as tetanus, diphtheria and poliomyelitis are up to date. In addition, immunization against hepatitis A plus B, Japanese encephalitis, rabies, and typhoid fever are more or less recommended when embarking upon an adventurous journey into West Papua's outback. Please be advised that, whereas yellow fever is not endemic in Indonesia, vaccination against it is formally required when entering Indonesia within six days from transiting an infected area.

Malaria, including the potentially lethal cerebral Plasmodium falciparum strain, clearly constitutes the primary potential health hazard for visitors to West Papua. Since there is no 100% effective anti-malarial prophylaxis, the cornerstone of malaria prevention quite simply lies in avoiding being bitten. The Anopheles mosquito, hosting the Plasmodium parasite that ultimately causes an outbreak of malaria, bites exclusively between dusk and dawn. At such time be sure to wear preferably light-colored clothing, which covers your arms and legs as much as possible, and regularly apply a high-quality repellent to the uncovered parts of your body. Always sleep under a mosquito net, preferably impregnated with permethrine or deltamethrine. It has been variously estimated that strict adherence to these simple precautionary measures effectively reduces the risk of contracting malaria by as much as 80-90%. Additional prophylactic administration of Malarone® will then increase your protection to in excess of 95%, and is generally highly recommended for adventure travel into West Papua.

Two widespread tropical and subtropical arthropod-borne viral diseases have recently spread into West Papua, namely dengue fever and chikungunya. Both illnesses are transmitted to humans by diurnally biting Aedes mosquitoes, principally Aedes aegypti, and develop similar symptoms including high fever, headache, measles-like skin rash on trunk and less frequently limbs, and severe muscle and joint pains. There are no vaccinations or specific treatments for either disease and hence prevention from being bitten, through the same means as described above for malaria, is critically important.

West Papua boasting the highest mountains between Himalaya and Andes, it is also important to be aware of the risks associated with going to and staying at high altitude. Acute Mountain Sickness (AMS) is considered to be a neurological problem caused by changes in the central nervous system as a result of insufficient adaptation to the low oxygen pressure at high altitude. The occurrence of AMS is dependent upon the elevation, the rate of ascent, and individual susceptibility. There are no specific factors such as age, sex, or physical condition that correlate with susceptibility to AMS. Any lowland resident can contract AMS when staying for four to eight hours above 2,000 m elevation. While there is only a 20% chance of getting AMS when staying in areas between 2,000 and 2,500 m elevation, 75% of people will have mild symptoms at elevations over 3,000 m. Symptoms usually start 12-24 hours after arrival at altitude and generally subside within two to four days as the body acclimatizes. The symptoms of Mild AMS are headache, dizziness, fatigue, shortness of breath, loss of appetite, nausea, disturbed sleep, and a general feeling of malaise. Symptoms tend to be worse at night and when respiratory drive is decreased. Mild AMS does not interfere with normal activity, and continued stay at altitude and ascent at moderate rate are permitted. However, it is essential that any symptoms of illness are promptly communicated so that these may be monitored because Mild AMS may progress toward Moderate or Severe AMS, High Altitude Pulmonary Edema (HAPE), and High Altitude Cerebral Edema (HACE), all of which are life-threatening conditions.

❯Browse our terms and conditions containing additional legal information related to health issues touched upon above.