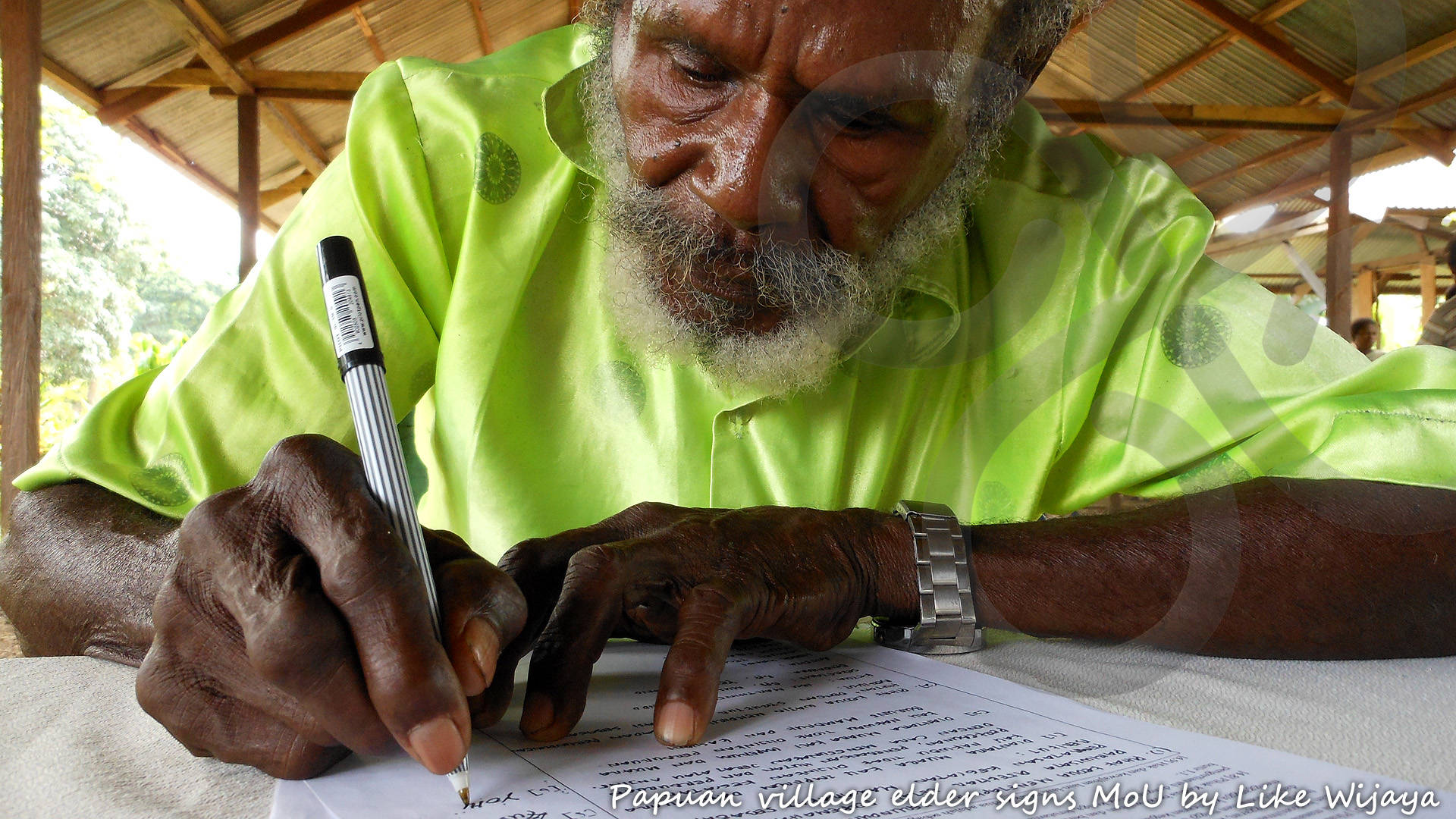 The vast majority of indigenous people in West Papua is exceptionally friendly and welcoming, especially when considering the Papuans' prolonged historical isolation and disproportionately recent first exposure to the outside world in general and tourism in particular. It is of course entirely understandable if occasional reports of local incidents and associated negative travel warnings discourage potential travelers to visit Indonesian New Guinea. However, it is also important to place such incidents and travel warnings into context and perspective because, despite travel warnings having been in place over much of the past two decades, we cannot say that our operations have suffered in any way from the variously postulated threats. This is not to say of course that there are no risks or threats in West Papua, but that perceived dangers can relatively straightforwardly be averted through normal precaution and common sense.

In making assessments on the safety of any given area, every travel outfit has its own sources of information as well as internal guidelines, protocols and policies against which to judge this information. In addition, different types of outfits will have different perspectives on security issues. Registered domestic entities like ourselves, organized after the laws and regulations of the to be visited country and its regions, and typically undertaking numerous visits per year to the local destinations within our portfolio, thereby taking care of all ground arrangements ourselves, can reasonably be expected to adopt more stringent safety criteria than, for instance, international tour operators, who typically visit any given destination only once a year or less, thereby having no legal representation in the to be visited country but entrusting third parties of variable legal plumage to make arrangements on their behalf. After all, we are continuously and directly being exposed to any potential security threats ourselves. Needless to say of course that we take our personal security and that of our guests and friends very seriously. We are always well informed about temporal local conditions and would never operate a tour if there were any obvious danger. In addition, for us to actively promote and visit a potentially unsafe destination, the situation needs to be broadly conducive at the scale at which we operate, essentially allowing for continuous secure visitation.

It is critically important to understand and appreciate to the fullest that all land in West Papua or on New Guinea more generally is considered to be owned by the indigenous New Guineans, the Papuans, who generally exercise strong control over land and resources. They are the true custodians and guardians of the future of these magnificently forested lands. Land on New Guinea can be owned communally by all members of a village community, but more commonly is being subdivided between the various kinship groups that make up a community. Known as clans or bands, these kinship groups may internally be structured hierarchically, and further subdivide ownership accordingly between the different families that make up a clan. Besides customary ownership proper, there are varying degrees of usage rights granted by landowners to community members more widely, mostly as a result of intermarriage between clans or other mutually beneficial exchanges. This leads to the ordinarily complex situation that any given plot or tract of land can be owned by a group of people, while at the same time a second group of individuals hold hunting or subsistence rights that fundamentally restrict the first group's ownership. Thus, customary land tenure is inherently fluid and unstable because land borders between tribes, clans and families as well as granted usage rights tend to be loosely defined and remain closely linked to dynamic social processes. Unfortunately, tribal land disputes and associated feuds remain common in West Papua and are the primary cause for safety concerns in the context of tourism because improperly coordinated visitation of contentious lands by tourists may exacerbate existing problems or create new ones. Before trespassing and making use of customary-owned land in Indonesian New Guinea, even for essentially non-invasive activities like bird-watching or nature recreation more generally, it is critically important to secure permission from all stakeholders involved through an open and fully participatory deliberation process seeking broad consensus.

At Papua Expeditions we are intimately familiar with the many peculiarities of social organization and associated land tenure in West Papua, and each and every destination that we promote here has been carefully selected on the basis of an entire suite of environmental as well as socio-economic criteria, the latter including community receptiveness. At each destination, we initially spent multiple weeks to several months in order to seek out the most pristine and rewarding sites and itineraries, thereby forging intimate ties with customary landowners, village elders and authorities, and community and clan leaders. But over time, all our activities on ancestral lands controlled by indigenous communities have been formally regulated through a Memory of Understanding or more legally binding agreement. Such agreements imply a varying degree of coordinated micro-management based on the outcome of a prolonged deliberation process with customary landowners, village elders and authorities, as well as broad segments of the community. These agreements are further subject to annual or bi-annual review and have thus been perfected over the course of years, providing the best possible basis for continuous visitation. After all, good agreements do make good friends.

Finally, when we take you off the beaten track, to pristine hotspots we know inside out, we do take all reasonable precautions to maximize your safety and comfort under all circumstances. We carry a Garmin® Global Positioning System (GPS) and Thuraya® Satellite Phone at all times, enabling us to respond adequately in the event of any emergency. In addition, we have concluded pre-arrangements with helicopter charter companies based in West Papua as part of our foresight to develop comprehensive emergency evacuation procedures and protocols for the various destinations that we promote throughout the territory.

❯Browse our terms and conditions containing additional legal information related to safety issues touched upon above.